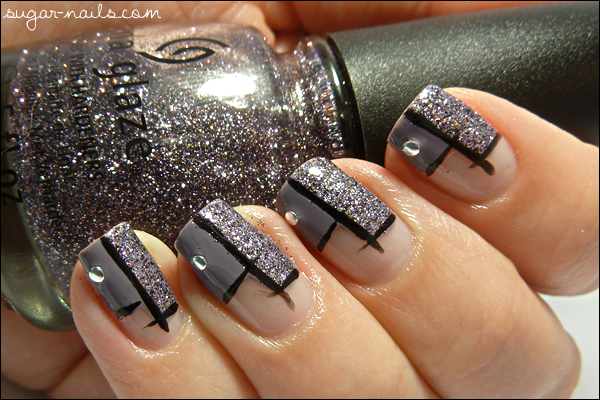 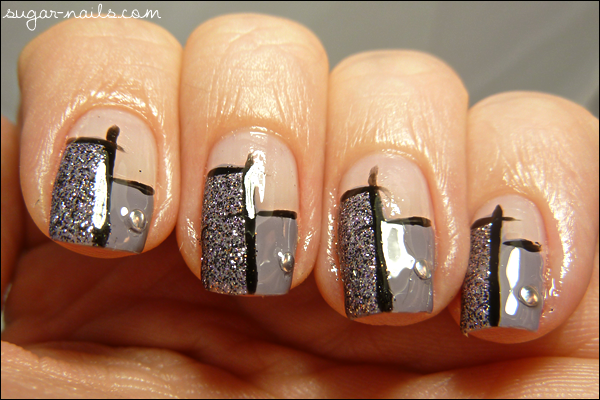 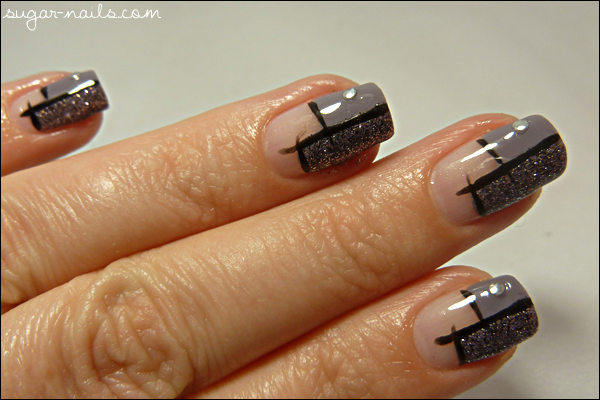 Then I added some black lines with and Essence liner, and finally added the studs just as usual rhinestones: I put one small drop of top coat where I wanted the stud to be, took the stud with an orange stick, placed it and finished with one thick coat of top coat (Seche Vite)
That's all ! This design is really easier than it seems ... Would you like to see a step by step ? I could make one soon :)
The studs are really lovely. They don't bling like rhinestones but they add some shine to your nails. I think it's easy to match with many kind of nail arts :)
The 1.5mm are not as thick as rhinestones, so if you are one of those people who can't help scracth that little bump made by the rhinestones (like I do), the studs are perfect for you !
I wore that manicure 4 days, and the studs didn't move at all. As they are thin, they'll suffer less from bumps and all those things that make normal rhinestones fell off your nails after a few days.
Metal Studs are available on BornPrettyStore, in the Metal Rhinestones section. You'll find them for 5.51$, with free shipping as usual on BPS.
I don't know how much studs a bag contains, but I filled 2 1/2 compartments of a rhinestone wheel, which is a lot !
The silver ones don't react to acetone or polish remover, so you can use them again if you're patient :)
What do you think ? Have you ever tried that kind of studs ? And do you like today's manicure ? :)
Have a nice day :)
Email ThisBlogThis!Share to TwitterShare to FacebookShare to Pinterest
Labels : China Glaze, Flormar, Glitter, Nail Art, Purple 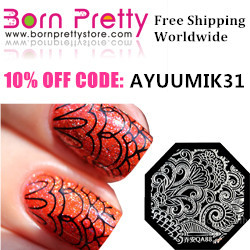